I’m sweaty and hot, gravel is painfully digging into my foot inside my sneaker, and the horse on the other end of my 12 foot rope is eyeing me with deep skepticism.

“She doesn’t know what you want; you need to be clearer in your phases!” calls my teacher as I vainly try to get Spitfire to back up in a straight line.  She’s not getting it; her ears lay back and she gives me a slightly wild look.  I am too clumsy and aggressive in my movements.

Why is this important?  We can see many examples of dominant kinds of leadership in very powerful people today, affecting us all in severe and brutal ways.  The most obvious and recent case is with the extremist Islam groups currently operating in Africa, the middle east and elsewhere — and the western reactions to them.  I ask you, what kind of leadership is being demonstrated?

The UK just voted to bomb the IS, following on the heels of President Hollande’s declaration to “be merciless.” US politicians are calling Syrian refugees “a threat to US security” — and so on.  How will such responses help to make our world a better and safer place for everyone, not just for Americans, or the French?

My own heart pains also for the animals.  In recent years, my learning from horses has demonstrated first and foremost how these creatures look to the needs of the whole, and not just themselves.  Instead of dominating based on what’s best for them — which some of the less experienced horses actually try to do — the true leaders of the herd see the whole picture.

Check out this list contrasting leadership and dominant behaviors in horses.  I think it’s an illuminating picture for what we can aspire to in human leadership.  What’s unacceptable to horses can surely become unacceptable for those societal and organizational positions of power and influence.  If only we knew!

Horses have a unique capacity to mirror back to us something of our own inner condition, and as a result, they are widely used in life-coaching programs with human clients as a way to access mental and emotional stuckness in a non-judgmental environment.  This mirroring capacity is connected to their ability to “read” into the intentions of potential predators (that would be us) as well as what’s going on around them.  It’s also connected to the way that they communicate — not only through body language but also through mental pictures and the dynamics of personal space.  Basically, their enormous physical and emotional sensitivity makes them quite clairvoyant to the inner world of other large creatures near them — such as humans.  Indeed, their safety and wellbeing depends on it.  As a result, they can, when given the chance, weave a complex and deep web of relationships with other horses (and humans); they are, after all, herd animals. 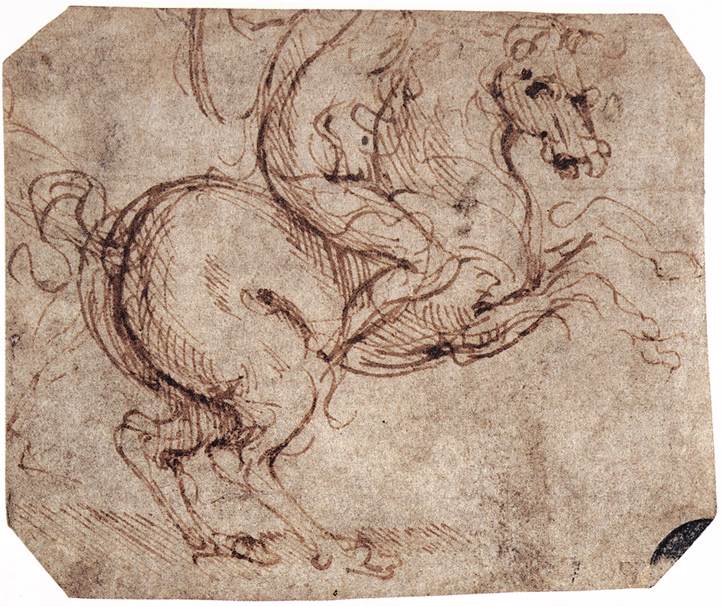 If you google “horse herd dynamics” you will find many descriptions on the general theme of the pecking order, ranging from submissive through to dominant behaviors as a way of drawing conclusions about herd dynamics.  This kind of philosophy also runs through much of horse training approaches today.  But it’s not really the way horses work. There is another lens — and another way.

Did you know that the leader of the herd is not actually the stallion?  The stallion definitely has his role of protection to play, among other things, but actually it is the lead mare whom the others follow and look to.

When you observe her tendencies, you won’t find dominating behaviors.  She won’t start arguments; she also won’t engage in them when provoked.  Her leadership is charismatic: the others look up to her, trust her implicitly, and look to her for guidance when the safety of the herd is threatened.  Horses are intelligent, and they don’t look to the bossiest and meanest, but instead, to the one who keeps her head, that can do the right thing in the moment of danger and threat, and who at every moment has the best interests of the entire herd at heart.  This requires a degree of maturity and largeness of spirit that only a few horses grow into this role — often because they had such role models in their own mothers.  A true lead mare is a rare and valuable horse.

What really makes the difference in the kind of leadership represented in the left hand column (above) is not the tactics and strategies used, but the inner capacities for which the lead mare can be a metaphor.  Those kinds of capacities — empathy, transparency, ability to not take things personally, motivated to care for the whole, love and responsibility – are the kinds of abilities for which there are no outer blueprints to follow or strategies to implement.  There’s only inner practice and aspiration – and a recognition that these kinds of abilities are important, more important than what gets achieved under the rulership of a dominant-style leadership approach.

What do you think?  Share your thoughts in the comments below!